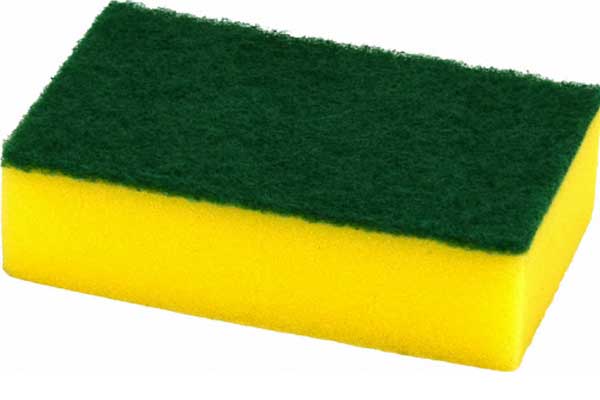 画像引用：Why are most kitchen sponges yellow-colored? : Acord – According To Your Needs
https://lh3.googleusercontent.com/proxy/QaFR4RK0JuXzdmmxToLds8h3_C4m4_3nbPB3MqpKJjAQO-n-hVqI1tRazrOIVXILtGBko6zHxppL9WfPLBkckimOKMPY1djRC7Ya0kgNQ2kcGU5bh1tEAvmanEdf9GAjOABfm4p4EEtm9cPNAn806TngORvWUntsAY01yiBVTNqQmiCcuhB8umB10pMNRIETtmQ

A man rushed into a chemist shop in Scotland for a bottle of aspirin.

As soon as he received the bottle, he put a one-pound note on the counter and dashed out in a hurry.

The proprietor stood still with the change in his hand. He was debating whether to keep the change or return it to the customer. The notion of thrift instilled for generations in the Scottish people who were known as the stingiest people in the world, claimed the former. But he was also a human being, and his conscience as a human being insisted on the latter.

He finally made up his mind. He would follow his conscience as a human being, and would return the change to the customer, who was still in sight. He rapped on the window. But he was also following the inner voice as a Scot, and a sponge was firmly held in his hand as a means which would, hopefully, diminish the sound to the level that the customer couldn’t hear it.