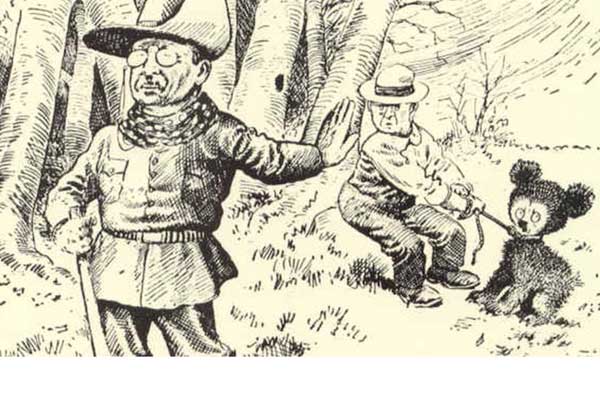 The 26th President of the United States Theodore Roosevelt would spend summer days at his home near Oyster Bay, NY., which is now preserved as the Sagamore Hill National Historic Site.  It was called the Summer White House, and delegations from various states came for official or unofficial meetings with the President, who would amiably accept them when he had time.

A delegation from Kansas arrived one day.  The business attire of gentlemen in those days was a shirt with detachable collar and a tail coat, which the President would wear in the actual White House, but he appeared before them with coat and collar off, and said mopping his brow, “I’m delighted to see you, but I’m busy putting in my hay just now.  Come down to the barn and we’ll talk things over while I work.”

By putting in his hay, the President meant throwing up the hay freshly brought in from the field to the storage space located at a little higher place in the barn.  When they arrived at the barn, to the President’s dismay, there was no hay scattered on the floor.  The President asked his hired man where the hay to be thrown up was.  The man apologized, “I’m sorry, sir, but I just ain’t had time to throw it back since you forked it up for yesterday’s delegation.”

The President would have taken advantage of his work in the barn to shorten time for the meeting.  On the other hand, the delegation would have returned to their home town with a story that they had a rare opportunity to talk to the President while he was engaged in household chores like themselves.  But, the hired man’s lack of time revealed that the President used this method of meeting in the barn on the day before, and presumably from time to time.

(This seems to be an episode which actually took place.  It was also obvious that the sweat on the forehead of the President had merely come from the heat of summer, not from the labor.  But this episode didn’t seem to affect the popularity of the President, because he was adored by everyone, and was the origin of the teddy bear, which had been inspired by the heartwarming story that the President didn’t shoot a little bear in his hunting.)