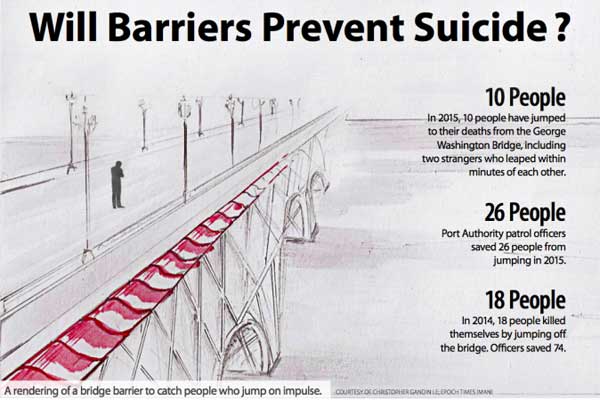 One day, the NBC TV show “Today” was to be reported from the center of the George Washington Bridge astride the Hudson River.  The show’s producer overslept that morning.

The TV mobile unit was already on the bridge, he realized.  Having no luxury of dressing himself, he hastily slipped a coat over his pajamas, ran out to the street, hopped in a cab and said, “Take me to the George Washington Bridge.”

“Jersey side or New York side?” asked the cabby.  “No, no! I want the middle of the bridge!” cried the producer.  The cabby gave his wild-eyed fare a hard look, unlatched the door and said, “No you don’t, mister.  Not in my cab!”

The cab driver saw the desperate expression of the weird-looking passenger, and heard the outrageous destination.  A chain of thought popped up in a flash; how is this man thinking to come back from the middle of the bridge?; he has no intention of coming back, does he?; I’m facing the man who would appear on the paper as the latest person who jumped from the bridge this year.  He pictured himself reading today’s paper which would read, “The man who jumped today from the middle of the bridge had only pajamas and coat on.  Some passers-by had witnessed him getting off a cab at the center of the bridge. — ”  A cab, that’s mine!  This fare cannot do that, not by my cab.  He immediately asked the producer to get off.