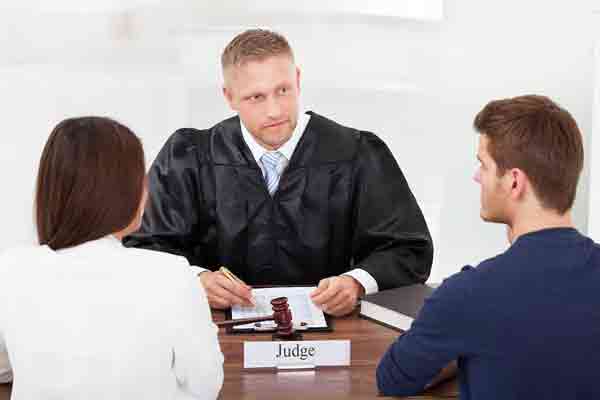 画像引用：From Inside The Divorce Courtroom: Three Things You Need To Know
https://encrypted-tbn0.gstatic.com/images?q=tbn%3AANd9GcTLNqUD8yor0juI8M9nIM2ZVOeUS8eXcrIiMm5OkwPxiC0R-R_d

A fellow who had been charged with hitting his lawyer was explaining the situation before the court.  “That lawyer represented me in a divorce suit.  One morning he said that my property-settlement hearing was about to be held.  The judge would decide that day what I would get and what Rose would get.  He told me I didn’t have to be present and not to worry.”

The judge, perplexed, asked him the relevance of what he was explaining to his charge.

The lawyer was so optimistic about the outcome of the suit, that he had decided that the client didn’t have to be present at the important hearing which would discuss the distribution of property.  As a result, almost everything, like the house and the car, went to his wife.  At the inevitable moment to tell the result to his client, instead of admitting his wrong decision, the lawyer made the result look as if it was a good one referring to an idiom in which the client’s wife’s name appears, as a desperate attempt to get away with it.  The client was so upset by both the result of the suit and, still more, the mean excuse of the lawyer, that he punched him.