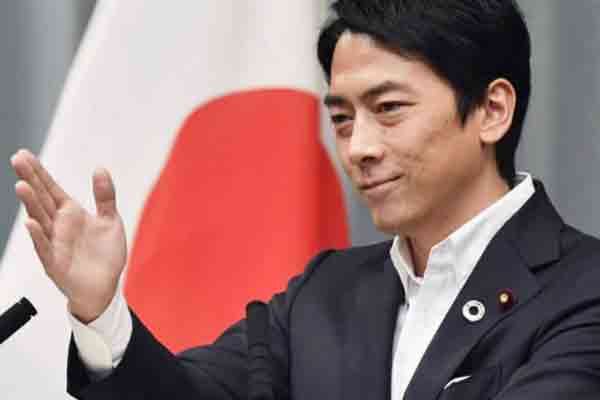 画像引用：Shinjiro Koizumi faces baptism of fire in Japan as …
https://trendingnews.bulletinalert.com/wp-content/uploads/2019/09/shinjiro-koizumi-faces-baptism-of-fire-in-japan-as-criticisms-of-style-over-substance-pile-up-678×381.jpg

The senator handed the draft which he had worked on for days to his two aides.  He intended to have them read it through, and polish it up following their advice.

One of the aides, however, said bluntly after a quick perusal, “It would be political suicide to give that speech.”

“He’s right, Senator,” chimed in another aide.  “It’s just one clear-cut statement after another.”

In the world of politics, where the senator places himself, you cannot tell if or when the less powerful person will turn the tables on the powerful one.  To be able to immediately begin to befriend whomever acquired the powerful position, you always have to keep your way of thinking ambiguous as to whom you are in favor of.  The senator had been aware of this ever since he stepped into the world of politics, but this time, he inadvertently wrote a draft in which he made his opinion crystal clear as a result of following his conscience.  But as his aides pointed out, he would not survive once he made such a speech.  He immediately began to rewrite the draft into one which was long and full of rhetoric, but consisting of one ambiguous phrase after another, and which no one would be able to understand with respect to what he really meant.