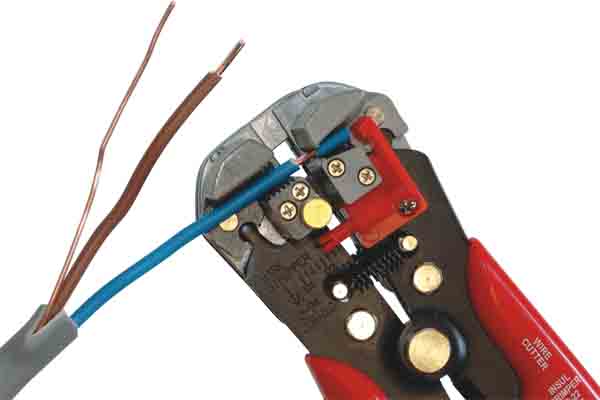 An electrician was taking an interview for a construction job.
The first question was, “Can you roll your hard hat down your arm and make it pop back on your head?”.  This was a common practice among electricians.  So, he replied, “Sure,” wondering if this was a technique important enough to be asked in the interview.

The next question was, “Can you bounce your screwdriver off the concrete, spin in a circle and catch it in your tool pouch?” This required a technique only experienced electricians can acquire after a lot of practice.  He had practiced this one many times competing with his mates, and now it had become his favorite.  Wondering again if this technique, which he had categorized as something they did for pleasure among his mates, was such an important one as to be asked in the interview, he replied, “Yes, sir.”  “I have almost got this job,” he thought.

Next, he was asked, “Can you quick-draw your wire stripper, twirl it and slip it into your pouch like it’s a holster?”  “I’ve been doing that for years!” he replied enthusiastically, because this was a favorite practice of his, too.  Now that he had presented his ability to do the skills the examiner seemed to think important, he was sure that he passed the examination successfully.  But, to his disappointment, he heard the examiner say, “In that case, I can’t use you.  I’ve got 15 guys doing that now.”

The examiner, who was a foreman, had been fed up with the 15 guys who were always practicing, during worktime, the three things he mentioned in the interview, to upgrade their skills, lowering the efficiency of work as a result.  He was determined to accept only a hardworking electrician this time.  Not only was this applicant familiar with the three things he hated, he looked like he would start practicing them as soon as he was accepted.  There was no way this applicant was going to get a job under this foreman.