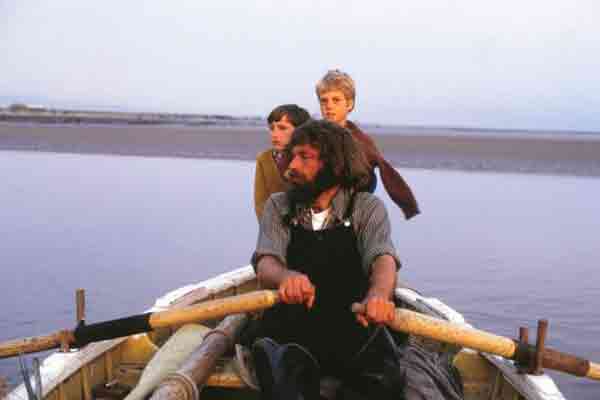 Three men were sitting on a park bench.  The one in the middle was reading a newspaper.  The others were pretending to fish.  Baiting imaginary hooks, casting lines, and reeling in their catch, they were totally absorbed in the imaginary fishing in their own world.

A passing policeman stopped to watch them.  He suspected that something might be wrong in their heads.  Some action should be taken before they begin doing something more disturbing, thought the officer.  How could he direct them to leave the park without making a fuss, he speculated.  His first move was to ask the man reading the newspaper if he knew his neighbors, to which he answered that they were his friends.  Thankful that it went as he had anticipated, the officer asked the man to take his friends out of the park.

“Yes, sir,” the man replied.  But the officer’s expectation was betrayed, because the man began rowing furiously.

This man, who looked sensible at first glance, was the same as his friends after all.  He, too, was absorbed in the imaginary notion of fishing with his friends in the boat, and was trying to follow the officer’s direction to move from the place they were fishing by rowing furiously.