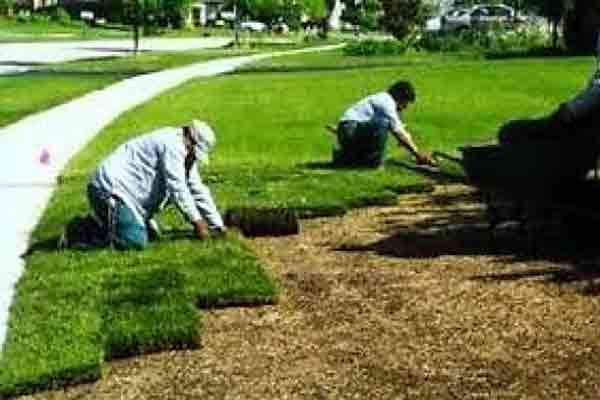 “You seem to be the man I’m looking for,” the fellow expressed his satisfaction, and mentioned what he had been curious about.  “But tell me one thing.  Why do you keep going to the window and shouting, “Green side up!  Green side up”?”

“Oh, that’s just technical information to my workmen,” said the contractor matter-of-factly.  “They’re laying a lawn next door, for which I made a contract.”

His explanation, combined with his behavior, revealed how untrustworthy this contractor was.  The workmen who were laying a lawn had no experience about lawn laying.  They even needed to be told which side, the grass side or the soil side, to put on the ground.  They failed to do as they were told so often, that the contractor was watching them from the window, and when he found someone not doing as he was told, he was crying out, “It’s upside down.  Put the green side up.  Green side up.”  This was what he was doing in every renovation.  He would gather people with no experience at all, tell them on the spot what to do, and get away with a poor result.  No wonder this contractor’s fee was so low.