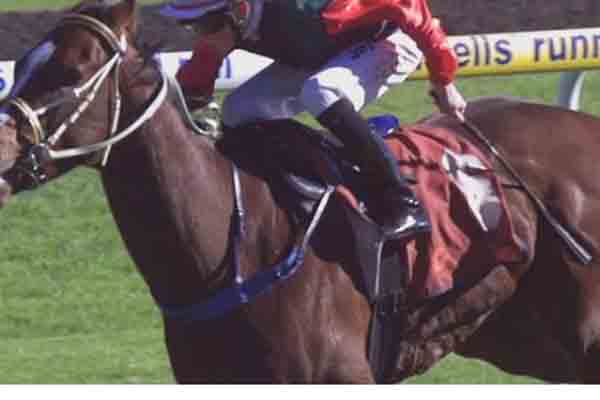 Gasping for breath and covered with sweat, a man came into a racetrack snack bar and ordered a soft drink.  “What happened to you?” the waitress asked.

He related his unusual experience to her.  “I was in the paddock area looking for the horses to bet, when I saw some money on the ground.  I bent down to pick it up.  While I was bent over, somebody threw a saddle on me, and a jockey jumped into the saddle.  The next thing I knew, I was on the track and the jockey was whipping my flanks.”

“You are kidding!” exclaimed the waitress at his extraordinary story, and asked, “What did you do?”  What came next was more extraordinary, because the man replied, “I finished third.”

This man walked right into the trap someone had come up with and had shrewdly prepared.  When he bent down to pick up the money someone had placed as a bait, someone threw a saddle on him, then a jockey jumped into the saddle.  When he came to himself, he found that he was running on the track with the jockey on him whipping his flanks.  They were not alone on the track.  He was running with the horses entered in the race.  With his flanks being whipped, he kept running desperately toward the goal, carrying the saddle and the jockey on him, competing with the race horses, and, amazingly enough, finished third in the race.