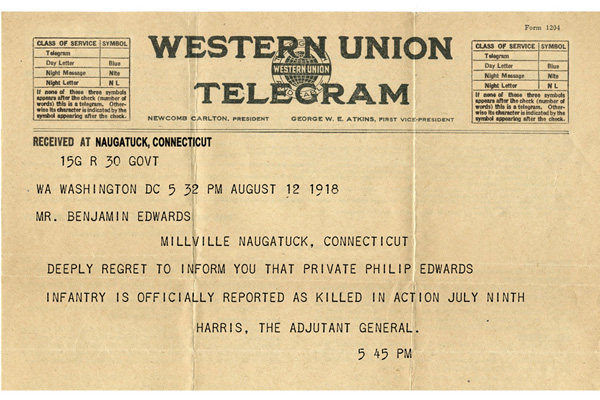 Having been pestered for tips on every occasion while he stayed at a hotel for a week, a traveler was completely fed up with the tipping system.

Then came a knock on the door.  “Who is it?”, asked the traveler.  “The bell boy, sir.  Telegram for you.”  It was the age of no smartphones or e-mail, so the telegram was the only method of communication in the case of an emergency.  Receiving this telegram meant another occasion of giving a tip.  Isn’t there a way to avoid giving a tip?  A brilliant idea flashed in his mind.

A telegram is a sheet of paper after all.  By having the bell boy slip the telegram under the door, he would receive it without seeing the bell boy, that is, without needing to give a tip, wouldn’t he?  He directed the bell boy to do so, but he heard the bell boy say, after a moment’s hesitation, “I can’t, sir.”  “Why not?” he snarled. Then came a determined reply from the bell boy, “Because, sir, it’s on a tray.”

For the bell boy, the tip he’d get by delivering this telegram constituted his income which supported his living. It couldn’t be omitted.  Slipping the telegram under the door doesn’t give him his opportunity to receive it.  The idea he came up with on the spur of the moment was to assert that the telegram was inseparable from the tray.  You cannot slip a tray under the door.  The bell boy was desperate to see the guest face to face to get the tip in exchange for the telegram on the tray.