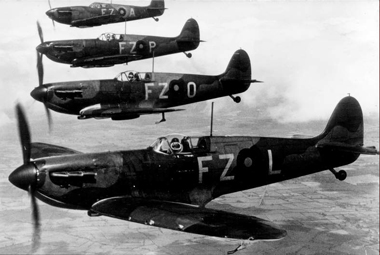 A tail gunner was being court-martialed. He had committed a serious military regulations violation.  His duty was to counterattack the enemy airplanes coming from behind.  In a few years, it would have become possible for a pilot to shoot the enemies behind him while looking straight ahead, but in his age they were still in the primitive stage that the pilot took care of the enemy planes ahead, and the tail gunner, sitting in the seat set up at the rear of the plane, was to shoot the enemy planes behind.

“What did you hear in your headset?” demanded a superior officer.

This meant that he had correctly heard the order. To shed light on the contradiction between this fact and his unaccountable behavior thereafter, another officer persisted, “What action did you take?”

It was at this moment that the officers finally realized the reason for the gunner’s unaccountable behavior. They now knew that he had thought that the enemy planes were coming at 5 o’clock, and that he didn’t act immediately because it was still 4:30.  This was a civilian’s attitude. In the military, 5 o’clock was a clock position and it meant 30 degrees to the right from directly behind.  For the tail gunner who was facing back, it was 30 degrees to the left from straight ahead.  His duty had been to shoot the enemy planes in that direction immediately.