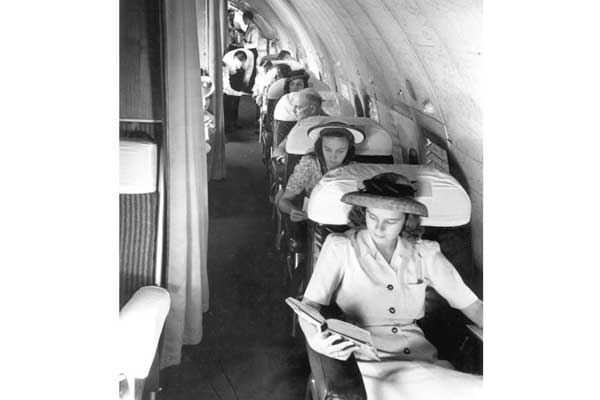 In the early days of the airline business, people were wary of flying and airline companies were having a hard time getting passengers.  Then a promotion man proposed to one of the companies that they permit wives of businessmen to accompany their husbands free of charge.  He suggested that it would spread through word of mouth of wives that flying was safe.

The idea was quickly adopted, and a record kept of the names of those who accepted the proposition.  When they thought the time was ripe, they sent a letter to those wives, asking how they enjoyed the trip.  They intended to quote them in their brochure for the prospective customers.

From 90 percent of them came back a baffled reply, “What airplane trip?”  Evidently, they had not taken part in the air trip, and, furthermore, they had not even heard of the project.  Who, then, were the women who had joyfully been embarking on the airplane with their husbands?  The company had no idea.

The promotion man who had come up with this splendid idea, and the company that had quickly put the idea into action made a mistake at the crucial point in harvesting the fruit they had cultivated with effort.  If only they had sent the letters for the wives via their husbands, not directly to them!  Then the wives, not knowing a thing about the project, would have kept their happy life in peace, and the husbands would not have been grilled abruptly one day by their wives about a particular business trip, and the airline company would have been able to print their brochure full of quotes, as they had expected, from 100 % of the wives on their record who took part in the air travel.