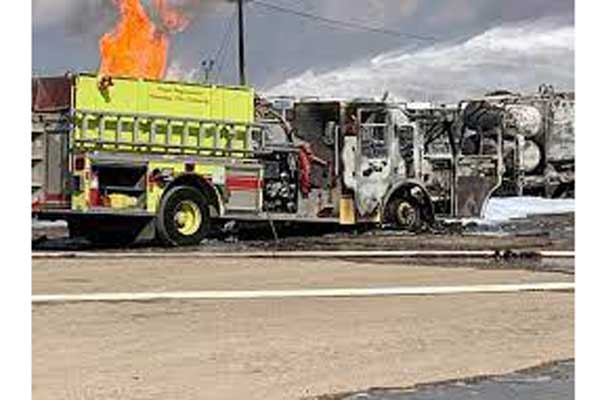 A Texas oil well caught fire one day.  The oil company called in expert fire fighters, but the heat from the fierce fire was so intense that they could get only within 2000 feet of the rig, and they were unable to do their work.

Frustrated, the management called in the local volunteer fire department, hoping for whatever assistance they could provide, if any, for the expert team.  Soon, a little old fire truck rattled down the road and came to a stop 50 feet from the fire.  As the expert team and the administration were watching from afar, the men jumped off the truck, sprayed water each other cooling themselves and then proceeded to put out the flames.

The company president was elated and presented the fire chief with a $2000 check.  Asked what he planned to do with the money, the chief muttered, “Well, first we’re going to fix the brakes on that damn truck.”

The courage of the volunteer fire department members who accomplished the work no one had expected them to do by getting within 50 feet of the rig deserved praise indeed.  But their courage turned out not to be purely intentional.  They, too, had intended to stop 2000 feet from the rig but, due to a defect in the braking system, they went all the way to within 50 feet, where they had no choice but to proceed to extinguish the fire.