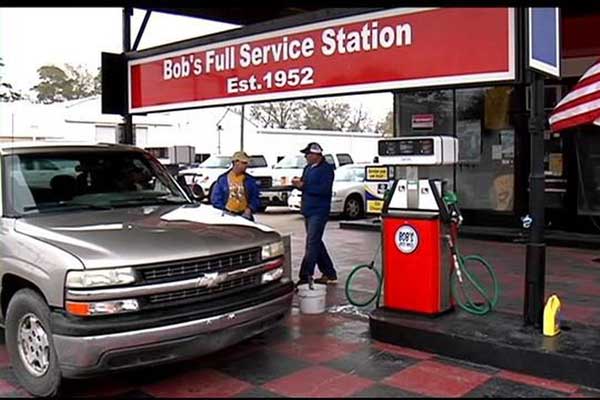 A young woman is sitting behind the wheel in her stalled car.  She has an unwavering belief that someone would come forward to help her.  Sure enough, two men walk up to her.  “I’m out of fuel.  Could you push me to a service station?”  she purrs as rehearsed.

“No problem!” one says.  “With pleasure!” says the other.  And the two men begin pushing the car.  After a while, one of the men looks up to see that they have just passed the service station he had expected to be the goal of their labor.  “Miss, how come you didn’t turn in?”  he deplores.

“I never go there,“ the woman says.  And explains, “They don’t have full service.”