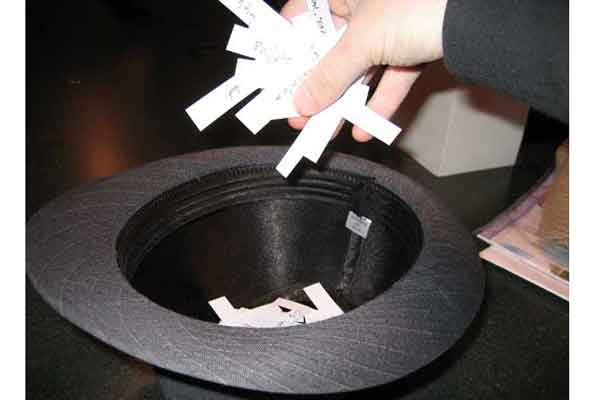 A group of theatrical people were trying to help a former star who had been persistently unlucky.  Knowing that he was too proud to accept money as a gift, they rigged up a bogus raffle.

Then they called at his dilapidated boardinghouse and told him that they would all draw slips from a hat, and that the man who drew number four would get $1000.  To make sure the old actor would win, they wrote number four on every slip.

After drawing, the conspirators glanced at their slips, crumpled them up and waited for their friend to announce that he had the lucky number.  But the old fellow never opened his mouth.  Finally, unable to bear the suspense, they asked him what number he had drawn from the hat.