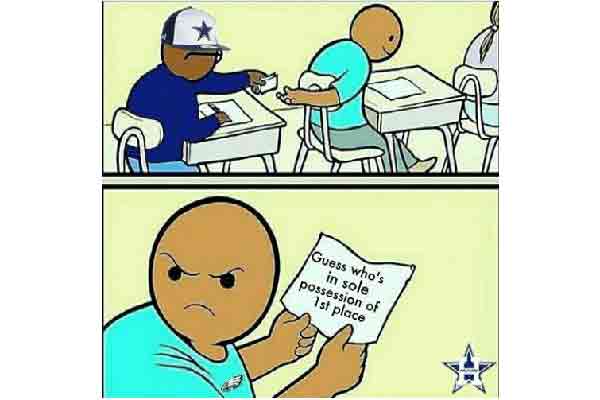 An old lady entered a suburban bungalow house, where her son’s family lived.  It had been a while since her last visit.  She found a boy of four playing alone with his toy train.

“You don’t know me,” said the old lady, “but I’m your grandmother — on your father’s side.”

The boy replied without looking up from his train, and his reply was totally unexpected for her.  He said, “I’ll tell you right now: you’re on the wrong side.  This time, Mother is right.”

The grandmother didn’t know, but her son and his wife were in the middle of the matrimonial quarrel, which was not so uncommon between them.  The boy had been listening to what his parents were saying every time they quarreled, and had decided each time whom he sided with.  His parents were not speaking to each other since their latest quarrel they had last night, on which he had decided that his mother was right.  The stranger who just came in claiming to be his grandmother said that, even before talking to his parents, she sided with his father.  So, he advised, “Your decision is premature.  Talk to them first, and you’ll find soon that Mother is right.”