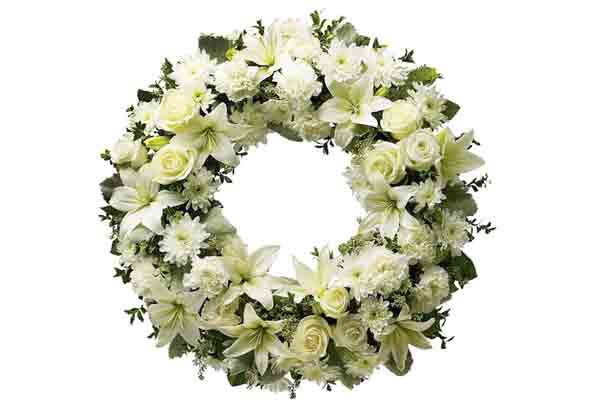 Mr. Doolan caught the bartender at Moriarty’s saloon in an unguarded moment and said, “Mike, my mother-in-law has passed away.  I’m to prepare the wreath to be placed on the casket, and it costs 10 dollars to uphold the Doolan standards.  It was way too sudden, so I have no money.  Can you lend me 10 dollars?  I’ll pay you right back.”

The bartender emptied his pockets and the cash register but the total came to $9.30.

“That’ll do,” said Doolan hastily.  “I’ll take the other seventy cents in drinks.”

For Doolan, once he grabbed the 9 dollars and 30 cents before the bartender changed his mind, the remaining 70 cents was scarcely a problem.  The undertaker might be kind enough to give him a discount, for one thing.  If not, Doolan could do with a wreath 70 cents less of the Doolan standards.  Since it would be known only to the undertaker and Mike, by telling others that he paid $10 for the wreath, he could still uphold the Doolan standards, couldn’t he?  Totally relieved to have secured the money he needed for the moment, Doolan had the luxury of offering Mike another way of lending him the remaining 70 cents.  That was to put it on his tab for the drinks he would take, if Mike accepted his offer.