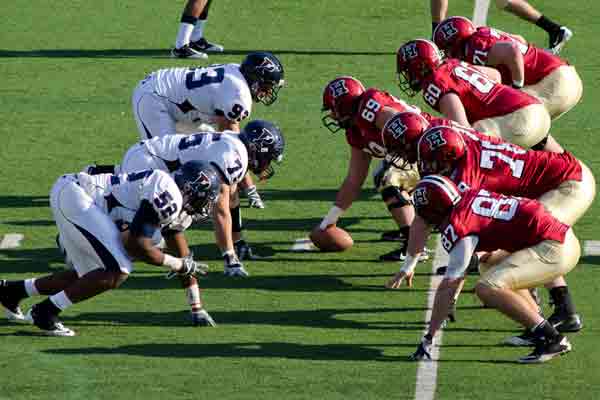 “Dad!” called a boy.  “I think I’ve been selected for the school football team.”

“Well, it hasn’t been announced officially, but I overheard the coach saying that if I were on the team, I’d be a great drawback,” the boy explained.

This boy had a desire to become a member of the American football team of his school, but his vocabulary of this sport was poor for that.  His vocabulary of English was not enough, either.  He knew, of course, that the quarterback was the star player.  He was also familiar with the fullback and the halfback, but drawback was not in his vocabulary.  So, when he overheard the coach mentioning drawback, he thought it was a position somewhere in the game.

The coach probably said something like, “That boy wants to be a member?  If he were on the team, he would be a drawback in our team, haha.”

The boy’s interpretation of this remark was, “That boy wants to be a member?  If he were on the team, he’d be a great drawback player.”  “Great” was, of course, the word the boy created in his mind.