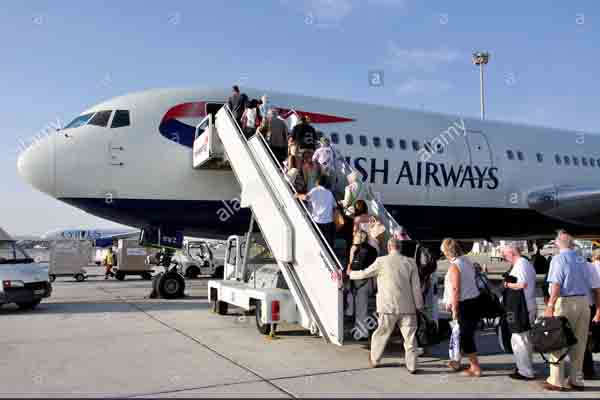 During a flight from Karachi to Paris, a blind man with his guide-dog caught the eye of the pilot who was walking through the cabin.  As an animal lover, the pilot asked the man if he would like him to take the dog for a little walk along the runway when they landed at the next stop in Athens.  The blind man gladly accepted the offer.

It was very hot in Athens, with nary a cloud in the sky, and the glare of the sun was intolerable for the pilot.  So, he put on his dark glasses and walked a few hundred yards down the runway and then back to the plane with the dog on a lead.

Just then, a new batch of passengers was about to board the plane.  When they saw the pilot with the guide-dog, they all froze.  Then they turned around, went back to the terminal building, and asked if they could change their tickets for another flight.

The pilot’s appearance, wearing dark glasses and accompanied by the guide-dog, gave the typical impression of a blind person to the group of passengers.  Flabbergasted at the thought that the plane they were about to board was to be flown by this blind pilot, they wanted to change their flight.