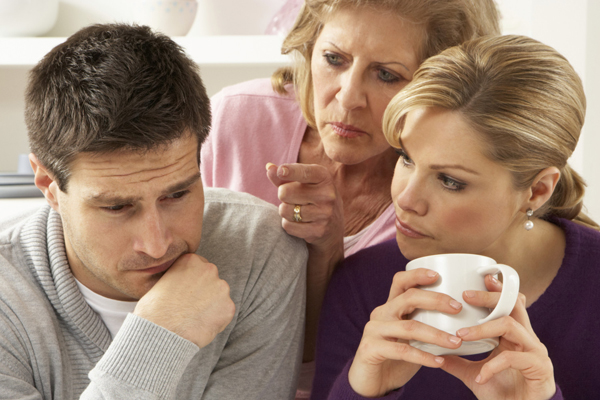 Billy’s grandmother had just come for a visit, and he was ecstatic.  He knew he had two grandmothers, and it was this grandmother, the mother of his mother, that he had been eagerly waiting for.

“Now Daddy can do his trick!” yelled Billy with glee.

“What trick is that?” Grandma asked.  Billy answered, “Daddy said that if you stayed for a week, he’d climb the walls.  I never saw anyone do that before.”

Billy had overheard his father thinking out loud, “She’s finally gone.  If she stayed for a week, I’d climb the walls.” when she visited his house last time.  Having thought that his father meant literally climbing the walls, Billy had been eagerly waiting for her to come again, and stay for a week.  By repeating Daddy’s word to Grandma, Billy had unintentionally revealed directly to her how Daddy was thinking about her deep in his mind.