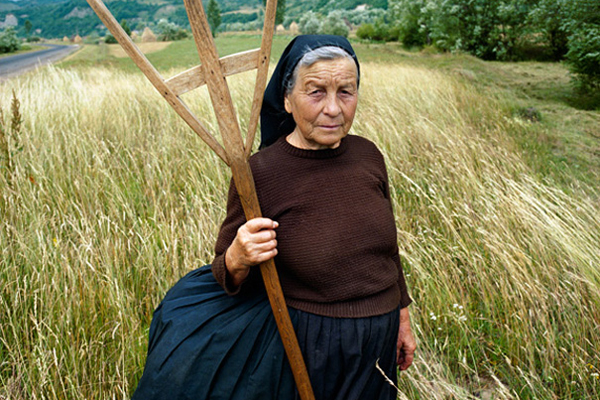 A Kiss in the Dark

The old lady was thinking, “What a good girl she is!  She kept the Romanian pride.”  The 100 % of the readers who have reached this point must have imagined the same scene as the old lady did as to what had happened in the dark.

But what the remaining three were thinking were all different from each other..

The girl: “Why did the German try to kiss the old lady, not me?”

The German officer: “The Romanian bastard stole a kiss, and put a blame on me.  I’m sure of that, but who’d believe me?”

The Romanian officer: “How clever I was!  I kissed the back of my hand first, then hit the German.  See, the German cannot make a fuss about it, can he?”

The Romanian people were always suffering from arrogant behavior of German officers.  The Romanian officer hit upon an idea to return a blow the moment the train entered the tunnel and immediately moved into action.

(This joke was written during the World War Two when Romania allied with Germany with the sole objective of having its territory recovered from Russia.  The notation of the name of the country is in German style, Rumania, different from the present one, Romania.)