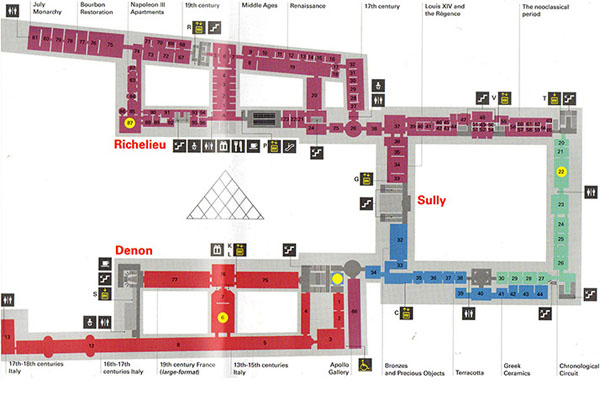 Two women were traveling to Europe, and their first stop was in France.

After a few days they compared notes.  Said one, “I’ve been in Paris three days, and I haven’t been to the Louvre yet.”

Then, her friend gave back an unexpected response in a whisper, “Neither have I.”  Furthermore, she asked her, also in a whisper, “Do you think it’s the water?”

The second woman could hear only the former half of the “Louvre” her friend said, which was “Lou”, and it sounded as if “loo”, i.e. “toilet”, to her which was more familiar with her than the foreign word “Louvre”.  As a result, she thought that her friend had said that she hadn’t been to the toilet for three days.  Because she happened to be in the same situation, she suspected that something irregular may have developed in the stomachs of both of them.  The first thing that popped into her head was the water both of them had been drinking since coming to Paris.  So she simply mentioned her concern to her friend, in a whisper because she was talking about something so private.

What is the origin of the word ‘loo’?