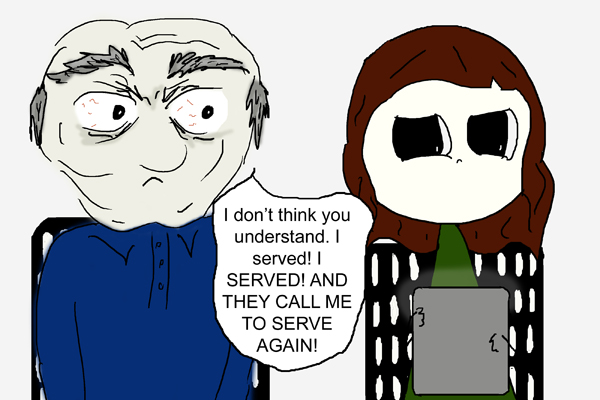 The man was silent for a while.  He didn’t know what the word peers meant.  So, he asked, “What are peers?”

“They are laymen in law, people who are not engaged directly in law.  In other words, people like you, — your equals,” the judge explained in an easy-to-understand manner

Only the last part of the judge’s words remained in his ears.  “People like me.  They are thieves, aren’t they?”  He visualized himself in court being gazed at by a group of vicious-looking men and women.  He hurriedly retorted, “Forget it.  I don’t want to be tried by a bunch of thieves,”