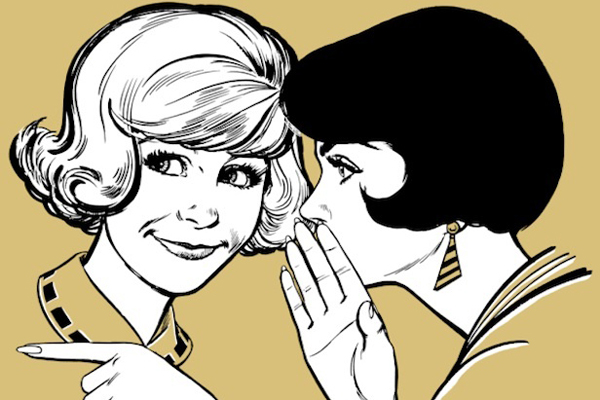 “She told me,” a woman complained to a friend, “that you told her the secret I told you not to tell her.” She had trusted her friend not to tell the secret to their mutual friend, but had found out that she had been betrayed. “How stupid I was to trust this woman to keep a secret,” she had been cursing herself since she chatted with their mutual friend.

“Well,” replied the friend in a hurt tone, “I told her not to tell you I told her.” The second woman just realized that she had been betrayed by their mutual friend. She had asked the third woman not to tell the first woman who had told her the secret. “I was a fool to trust that woman to keep her word,” she was now blaming herself.

Every woman of the three, while each of them asked to keep a secret to another, couldn’t do so herself. This does not seem to end here. Within a month, someone would be complaining to another, “You told her I told you she told me!” And then …. Once you get caught in this spiral, you cannot get out. Can you keep a secret?