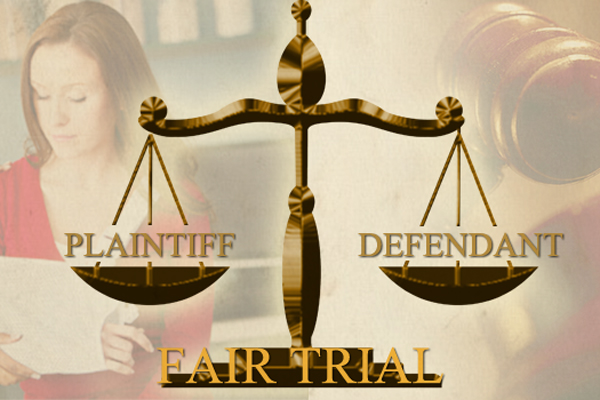 A judge told the defendant, “You’re charged with attacking your boss with a hammer.” “You jerk!” yelled a voice from the back of the courtroom.

“You’re also charged with attacking a bartender with a hammer,” continued the judge. “Jerrrrkkkk!” bellowed the same man.

The judge, who had turned a blind eye to the first heckling because he thought it represented the voice of all the courtroom audience, couldn’t allow the second one from the same person, and said, “Sir, one more outburst, and I’ll charge you with contempt of court.”

“I’m sorry, Your Honor,” said the man. “But I’ve been this jerk’s neighbor for ten years, and every time I asked to borrow a hammer, he said he didn’t have one.”

His remark made it clear that his heckling was not from his righteous indignation as the judge had favorably interpreted, but from his personal anger. He had been a neighbor of the defendant for ten years, and the defendant had kept saying he didn’t have a hammer when asked to lend one. But at this court, it was revealed that not only had his neighbor a hammer but also he was so accustomed to using it as to choose it as an attacking weapon. The thought of having been deceived for ten years made the man reach boiling point.

(The judge’s words at the beginning of this joke might, in the real court, be taken care of by a prosecutor, not by a judge.)