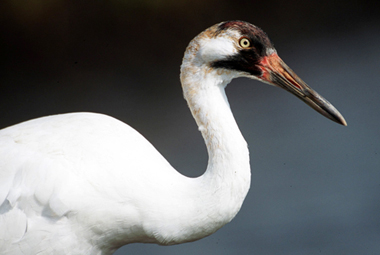 Lost in the woods, a hiker was wandering about for two days with no food, when he spotted a bald eagle. The bald eagle was a national bird of the U.S.A, protected as one of the endangered species. But, who cares about that in a situation like this? He hit the bird with a rock, and ate it.

A park ranger stumbled on the scene and arrested the man for killing an endangered species.

In Court, he appealed that he usually doesn’t kill endangered species. “I was on the verge of starvation. If I didn’t eat the bird, I would have starved to death,” he insisted.

The judge accepted his explanation, and judged him not guilty. Then he asked, “Just out of curiosity, what did the eagle taste like?

Two names of birds popped up in his memory. They both tasted like the bald eagle, but one was not enough to describe the taste of the eagle. He replied, “Well, Your Honour, it tasted like a cross between a whooping crane and a spotted owl.”

Whooping cranes and spotted owls were both endangered species. No one attempted catching them, not to mention eating them. The hiker was familiar enough with the taste of those birds to be able to promptly associate them with that of the eagle.

Everyone in Court witnessed that the hiker had just overturned of his own accord the basis of his acquittal that in usual circumstances, he doesn’t kill the endangered species.

(This joke is about fifty years old. The number of bald eagles has increased since then, and they are not categorized as endangered species any more.)