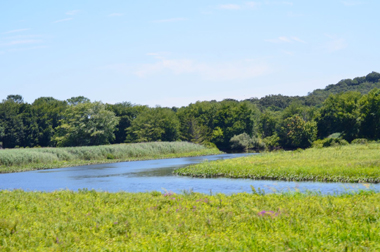 The chime began to announce the end of the intermission.  “I beg your pardon,” said a man to the patron who was rereading the program, “but did I step on your toes when I left?”

The patron remembered that someone from deeper in the row had stepped on his toes while leaving for a break and had left without an apology.  He had only seen his buttocks pass from left to right in front of him.  The patron, replying affirmatively, thought, “Now I know who he was.  He’s making sure of the person he should apologize to before making a belated apology.  I’ll say something like ‘No problem.’ “

But the reason of the man’s inquiry turned out to be exasperatingly different.  The man turned to his companion and said, “Honey, come on, we’re in the right row!”  He, who was not sure of their row but remembered that he had stepped on someone’s toes, was only making sure that the patron was the right person.

Without another word, the couple proceeded deeper in the row as if nothing had happened, and the patron, dumbfounded, just watched two pairs of buttocks pass from right to left in front of him.